The Grape cluster is composed of Stacks.

Each Stack is a set of Rasps connected to a PCB that powers them and allows controlling individual Rasps. Moreover, each Stack has its own network switch and a set of optional components. You can see how a Stack looks like in the figure below. It comprises the following mandatory components:

In addition, a stack can have some optional components: 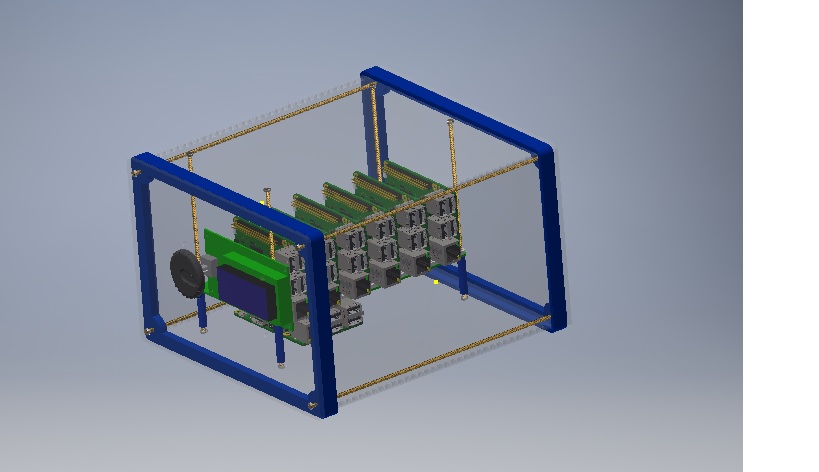 A Stack is not only a bunch of Rasps powered using a single source nor a simple set of nodes connected using a switch. Instead, it comprises additional features that make it usable to perform interesting experiments.